My name’s Marco Almeida, but you know me by @wonderm00n. I live in Portugal, you know: that small country in Europe that already asked the IMF 3 times to save his ass.

I once organized a picnic for twitter users, and it started raining 5 minutes after it started!

I’ve eaten the most fantastic prawns because of a recurring twitter event, #twittnom. I’ve been drunk a few times on another twitter event held in Lisbon, #twittlis.

Because of twitter I’ve known personally some of the most fantastic people I’ve ever met in my entire life !

I’ve tweeted in Seixal where I live, I’ve tweeted in Lisbon, I’ve tweeted in Seville, Madrid, Barcelona and Ibiza. I’ve tweeted during theater plays and inside cinemas (while the movie was on). I’ve tweeted inside airplanes, already airborne even if my phone should have been off. I’ve tweeted on the middle of the woods during a summer music festival in Alentejo, Portugal. I’ve arranged a surprise to my wife and we spent last Valentine’s Day in Paris, and I’ve tweeted there (amongst other things we did…)! For god sake: I’ve already tweeted on the top of the Eiffel tower! (Well… not really… the cell phone reception isn’t that good there…). Don’t tell anyone, but I’ve even tweeted from the WC (who hasn’t?).

I do tweet a lot, I mean: A LOT! People stopped following me because of that! Can you believe it?

You may be asking yourself: “WTF? This is just another twitter user…”. Well… I am indeed! Also, I must admit I’ve cheated on you a few times.

But two years ago I tweeted about the best thing that has ever happened to me: the birth of my son!

It’s now 1:47 AM in Portugal and I’ve just set up Tweetdeck to automaticaly re-post some pictures I’ve tweeted from 21st May to the 26th of May of 2009, the days my wife spent in maternity, with me by her side living this new and exciting moment in our lives!

My son was born the 22th of May and it become know as “the twitter baby” among the Portuguese Twitter community! They lived, as I did, all the moments of this magic moment to me! I tweeted about that! A LOT!

I’ve just realized that an important thing about the birth of my son is lost: the tweets I’ve made and the replies I received!

I don’t want to lose that! I need to show that to my son when he understands it! (Unfortunately he didn’t had a twitter account back then… And he still doesn’t have one, that’s on my to-do list!)

Twitter is part of my life history, but it’s even a more important part of my son’s history!

This is why I’m writing to you, my little blue bird: I want… no… wait… I NEED to get that important part of my son’s history back!

As I already told you, I tweet a lot, and the existent apps only allow me to get my last 3200 tweets.

I know you do have my son’s history on your database… I beg you to put your Oompa-Loompas and Minions to work and send me my tweets and mentions I received from 2009 May 21st to 2009 May 26th.

My son will later thank you! 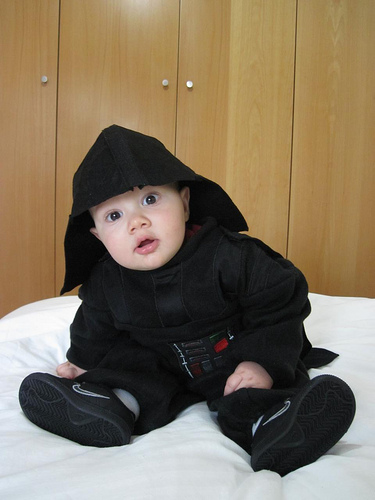 UPDATE: I got an email from twitter asking for a signed fax in order to be provided with my twitter archive! #WIN #THANKS to all that RT my tweets and spread the message!